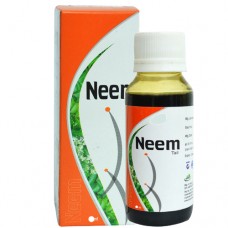 Neem oil is a vegetable oil pressed from the fruits and seeds of the neem (Azadirachta indica), an evergreen tree which is endemic to the Indian subcontinent and has been introduced to many other areas in the tropics. It is the most important of the commercially available products of neem for organic farming and medicines.

Neem oil varies in color; it can be golden yellow, yellowish brown, reddish brown, dark brown, greenish brown, or bright red. It has a rather strong odor that is said to combine the odours of peanut and garlic. It is composed mainly of triglycerides and contains many triterpenoid compounds, which are responsible for the bitter taste. It is hydrophobic in nature; in order to emulsify it in water for application purposes, it is formulated with surfactants.

Azadirachtin is the most well known and studied triterpenoid in neem oil. The azadirachtin content of neem oil varies from 300ppm to over 2500ppm depending on the extraction technology and quality of the neem seeds crushed. Nimbin is another triterpenoid which has been credited with some of neem oil’s properties as an antiseptic, antifungal, antipyretic and antihistamine.[1] Neem oil also contains several sterols, including (campesterol, beta-sitosterol, stigmasterol).